The new episode of el diabolik’s world of psychotronic soundtracks is now online! Get it Here. Subscribe via iTunes

This new episode is the first in a new series of special episodes where we meet and discuss the careers of composers and filmmakers. In this episode we were lucky enough to spend time with the great James Kenelm Clarke. James was kind enough to let us stay with him and to tell us all about his life and career. James has had an amazingly rich and varied career in Music, Film and Television. From writing library music for the likes of KPM, Bruton, Amphonic, Chappell, Themes International and more, to directing and producing iconic and important television documentaries, to writing, directing and producing exploitation films including Exposé with Udo Keir and Linda Hayden, Sexploitaion films with Paul Raymond featuring his muse Fiona Richmond. James has had an incredible life and is still working on music today aged 75.

Many thanks to James for his time and hospitality. 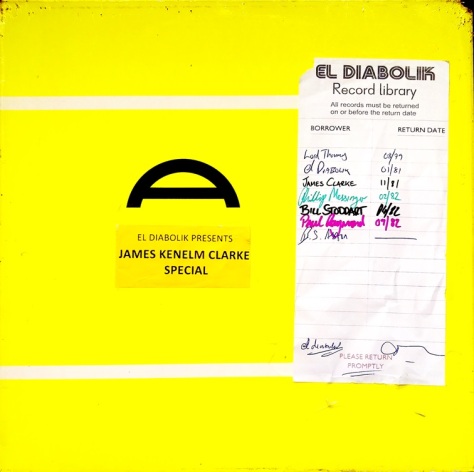